To begin with I would like to express that due to a heavy workload in my job I was not able to publish reviews recently. However, having now quite a lot of material to work with at hand I will be publishing more in the summer months. So let’s proceed. 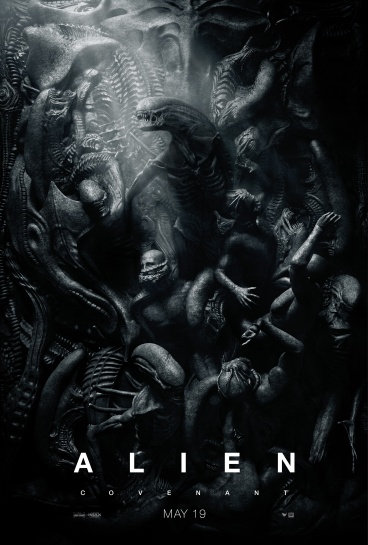 Last week, together with a friend of mine I went to see Alien: Covenant in the cinemas. This film being the latest installment in the “Alien” universe, peaked my interest and led me at the end to this moment, writing a short review on the topic. So please let me elaborate on this recent sci-fi horror flick, which was definitely quite entertaining.

It has been many years since I have first watched the movie Alien (from 1979), which introduced these monstrous and hideous creatures bringing devastation and death to the human race. Though being it so long ago I still recall vividly the suspense, horror, shock and many more feelings, all of them transferred to my living room seeing Ripley (portrayed by Sigourney Weaver) struggle facing these deadly aliens. Ridley Scott certainly brought a new meaning to the science-fiction and horror genres bringing the Alien film to the screens and by launching the film accomplished the creation of a universe used throughout the years to come. Talking about the science-fiction genre, I wrote another article titled “Guardians of the Galaxy – journey down memory lane”. If you interested, please check it out.

Since 1979 a great number of movies, short films, novels, comic books, video games, etc. have been published and set in the “Alien” universe. In the graphic below I have put together some information about the different media published since 1979 focused on the alien material, as introduced in the original movie. As you can see the timeline starts with 1979 and ends with this year’s Alien: Covenant, showing quite a lot of attempts to bring the glory of the first movie back to the world of media. A few years after the staggering success of the original Alien movie, several video games covering the story line were published. Interesting is that a sequel to the first movie followed not immediately after but only seven years later, despite the success of the original film. Another unusual aspect, the movie “Aliens” was not directed by Ridley Scott but was passed along to James Cameron to direct it instead. In an interview back in 2008 Ridley Scott told that the producers never approached him:

“They didn’t ask me! To this day I have no idea why. It hurt my feelings, really, because I thought we did quite a good job on the first one.”

This appears to be quite strange indeed, especially since the first movie Ridley directed was quite good. Following a similar pattern the third film, titled “Alien 3” came to the big screen six years later, being directed by yet another director, David Fincher. I believe David to be an amazing director bringing to the screen remarkable movies such as Se7en, The Game, Fight Club – to name a few. However, Alien 3 though quite ok, could not be compared to the first installment from 1979. The fourth and last sequal to date was “Alien: Resurrection” directed by the director of Amélie, Jean-Pierre Jeunet. Despite the amazing staff and a great director, Alien: Resurrection failed to fully convince the audiences. After these four main movies, the topic remained untouched for 15 years (with the exception of crossover films, games, novels, etc.). In 2012 the waiting was finally over and Ridley Scott brought to life a prequel to the original story, titled “Prometheus”. The film starring Noomi Rapace, Michael Fassbender, Charlize Theron, Guy Pearce and many more was tremendously successful, receiving an Oscar nomination and earning over 400 Million Dollars in the box office worldwide. This made it the most successful box office film of the Alien franchise to date. Five years later Alien: Covenant, a sequel to “Prometheus” was finally released and is now still in the cinemas worldwide. If you would like to find out more and if you are interested in the different movies, games, novels & comic books which were published over the years, you will find all of the necessary information on sites such as imdb.com and wikipedia.com. For now, let’s finally dive in into the most recent film Alien: Covenant.

The film follows the crew of the colonization spaceship “Covenant”, having the mission to reach Origae-6, a distant planet far away, in order to start a new life. Having over 2.000 sleeping colonists and over 1.000 embryos on board, the story of the film begins when the crew is waken up from their cryo sleep by Walter (a synthetic, monitoring the ship) in the wake of an explosive shockwave which damaged Covenant. During the reparation works on the spaceship the crew picks up a signal from a nearby unknown planet and are faced with a decision of whether to follow it or continue their journey to Origae-6. Eventually, they decide to explore the nearby world but very fast encounter hostility this “paradise” has to offer. The only goal remains to escape this gruesome and deadly place and resume their colonization mission.

Alien: Covenant was directed by Ridley Scott. The legendary British director, producer and writer who brought to the world film masterpieces such as Blade Runner, Gladiator, Black Hawk Down and many more, took the director’s chair once again for this sequel to the 2012’th Prometheus. In an interview with Tim Lewis, Ridley Scott mentions his intentions for the sequel and says:

“I wanted to really scare the shit out of people”

And this definitely works since the film makes use of very nice “old school” shocking techniques and gives you a jump when you least expect it. Ridley, a veteran of film making creates an incredible atmosphere in the film mingled with suspense and fear. Exactly these moments of sudden fear and shock make the movie worthwhile for Alien and horror fans.

Talking about the cast of the movie, truly outstanding is Michael Fassbender portraying two characters, the loyal Walter and the deranged David. Demonstrating similar devotion to his other characters and roles, Michael shows great acting skills switching from one character to another in Alien: Covenant. The scenes bringing both David and Walter together are intense and show the differences between these two synthetics. In an interview with the Refinery29, Michael stated:

“With Walter, I wanted to obviously have something counter David. David is, especially in this, very theatrical and expressive, so I wanted Walter to be kind of unreadable[…]”

Switching from unreadable to expressive, Michael did this brilliantly and it was great to see him on screen in both roles.

Besides Michael Fassbender, the main cast included the following actresses and actors: Katherine Waterston portraying Daniels; Billy Crudup playing Oram, Danny McBride as Tennessee & Carmen Ejogo portraying Karine. To be honest in my opinion none of them except Michael, really impressed. Having a much more likable role in “Fantastic Beasts and Where to Find Them”, Katherine Waterston did not really blow it away this time around and delivered a rather mediocre performance. The same goes also for other actors and actresses being part of Alien: Covenant. Certainly having an outstanding cast is not necessarily a must for a horror movie, however it never hurts to have great performances in this genre. 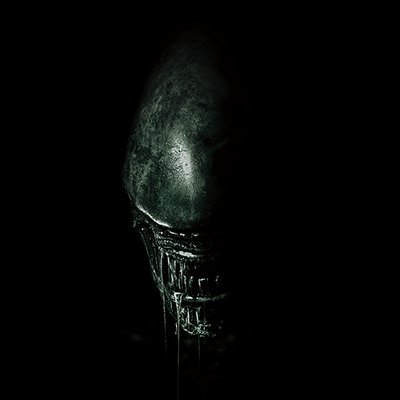 As for the movie itself, it is as mentioned in the beginning of this article, quite entertaining. I enjoyed the rising suspense level, the scary and jumpy moments and of course Michael Fassbender. I believe in the final sequence of the movie, this moment of truth regarding Walter and David for which the tension was built up, could have been more sudden and unexpected. As the movie is right now, the suspicion about who the last surviving synthetic truly was, arrived pretty early. Nevertheless, overall the film was scary and fun. I would give it a score of 2.8 out of 5, mostly for the work of Michael Fassbender. The only open question remains is what is to happen to the crew when they arrive on this new planet. Any ideas?

Hope you enjoyed this article about Alien: Covenant. If you have any remarks or suggestions, please do not hesitate to use the comment section below. If you are interested in my other posts on movies please use the following weblinks:

2 thoughts on “From Alien to Alien: Covenant – a journey through the universe”